I've been studying the green man or foliate head motif a lot lately. A lot of the work in cluster is inspired by medieval bestiary books, some native American Indian creation myths, and the green man so I'm trying to read as much as possible before i get to key parts of the book.
Here is the emblem that will be on the inside first page. It's a full figure green man that I've abstracted over and over again until it's almost lost the human figure that started it. 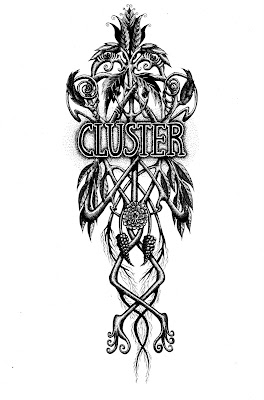 I've spent this week working on my book, cluster. I've also managed to get the cover for the sketchbook issue ready for print, so that should be ready in a week or so. It's been odd looking through the past four and a half years worth of phlegm sketchbooks. The thing that strikes me the most is how fucking bad it all is. The only work I've put in this sketchbook issue is from the past three sketchbooks, beyond that nothing is print worthy. Phlegm had a working title of 'mediocre' for a while which i later changed to 'moon' as i got more and more interested in the houmors and early treatments for insanity and illness. Here's a scan of the sketchbooks I've gone through in the past four or five years! 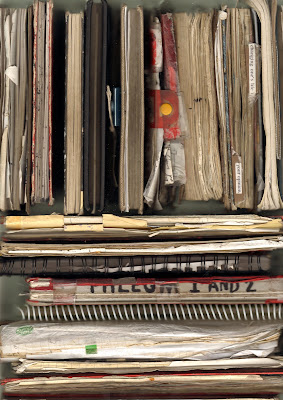